Does the Book of Revelation Contain Coded Secrets About When the World Will End? 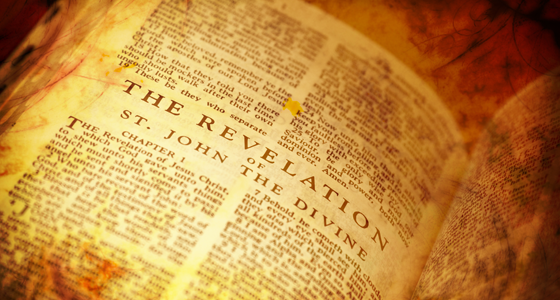 The final book of the Bible, Revelation, was written by St. John while he was in exile on the island of Patmos (Rev. 1:9). It contains information about our future, but perhaps not as much as many people suppose.

The book was addressed to a group of seven churches in the province of Asia Minor (in modern Turkey) for a specific purpose: “to show to [Christ’s&91; servants what must soon take place” (Rev. 1:1). It thus encourages Christians to hold fast to their faith in the face of persecution and the traumatic events that were to happen in their immediate future.

Today many assume that the events prophesied in Revelation are all still in our future, but it is often an error to suppose that just because a passage is a prophecy it hasn’t yet been fulfilled. So, how should we interpret Revelation?

Scholars of every stripe agree that the beginning of the book of Revelation (at least chapters 1-3) deals principally with events in the first century A.D. They also agree that the end of the book (Rev. 20:7-22:21) deals principally with events at the end of the world that are thus in our future. The question is how the middle part of the book (4:1-20:6) is to be related to history. On this subject, there are four major schools of thought:

i) Preterism holds that this part deals with events from toward the beginning of Christian history—either the first century or the first few centuries.

ii) Historicism holds that it forms an outline of Church history, so that as you proceed through the book you move through the different centuries, until at last you arrive at the end of time.

iii) Idealism holds that it describes the conflict between good and evil that plays out in Church history, but not in the form of a simple timeline (as in historicism). Instead, it presents elements that occur over and over again during Church history in a cyclical pattern.

iv) Futurism holds that the bulk of the book deals with material that lies in our future.

Which of these views is to be preferred?

The natural starting point is preterism. As previously discussed (see answer 3), the biblical prophets focus primarily on events to occur in their own generation or within a few generations—not thousands of years later.

Also, as we will see, some of the major symbols of Revelation fit a first-century context very well.

Finally, both the beginning and the end of the book say that the events it describes are “what must soon take place” (Rev. 1:1, 22:6). This creates a strong initial case for the view that most of Revelation deals with the beginning of Christian history. Can a case be made for any of the other views that would overturn this?

The prospects for historicism are not good. This view is held by very few scholars today, as it is impossible to match up the events of Revelation to Church history in any objective way. Where in Revelation should one see the rise of Islam? Or the Protestant Reformation? Or the Napoleonic Wars? Or World Wars I and II? How is one to know which events are represented and under which symbols? There is no objective way to establish these things.

The prospects for idealism might seem better, because prophecies can have more than one fulfillment, and the struggle between good and evil stretches throughout the Christian age. Therefore, it is possible to see things from Revelation being fulfilled at different points in Church history. However, prophecies tend to have a single primary fulfillment—described in the literal sense of the text—with other fulfillments belonging to the spiritual sense (cf. the Catechism of the Catholic Church [CCC&91; 115-119). We would expect the same to be true of the prophecies in Revelation. Only if we could establish that Revelation is not principally about the beginning of the Christian age—or any single part of the Christian age—would idealism be established.

Futurism is popular today in some circles, especially among Evangelical Protestants. However, it faces a significant problem: if the beginning of the book applies to the first century, when does it suddenly start talking about events 2,000 or more years later? For most of the book to apply to our future, there would need to be a point early in the text that indicates a long period of time has elapsed—an early, clear jump from the first century to our future—but there isn’t one.

Also, futurism would require us to take the book’s emphasis that it describes what will happen “soon” in a counterintuitive sense. This is not impossible (cf. 2 Pet. 3:8), but the starting point of our interpretation should be taking words in their natural sense, and that would point us toward preterism.

A futurist could pose a counter-argument and note that, if most of Revelation deals with the beginning of Church history but the end deals with events in our future, there should be a point late in the text that indicates a long period of time elapsing, to bridge the material between the early Church and the end of time. So, where is the jump from past to future that we would expect?

The answer is in Revelation 20:1-6, where a long period of time—described as “a thousand years”—is discussed (see answer 12). If the number is taken as a stock figure representing just a long period, then we see exactly what we would expect on a preterist interpretation: most of the book deals with events early in Church history (Rev. 1:1-19:21), then there is a long period of time in which we are now living (Rev. 20:1-6), and finally we come to events still in our future (Rev. 20:7-22:21).

On this view, Revelation would principally be about the convulsions that happened at the beginning of Church history—the persecutions and martyrdoms that happened at that time (cf. Rev. 1:9, 6:9, 7:14, 17:6) and God’s judgment on the persecutors (pagan Rome and/or Jerusalem). Eventually, however, Christianity would prevail, leading to a new spiritual age in which the gospel would be preached for many centuries before the Second Coming and the end of the world.

Although preterism is the natural starting point for interpreting Revelation, this doesn’t altogether exclude other views. Since prophecies can have multiple fulfillments, and Revelation may primarily apply to the early Christian age but have secondary fulfillments throughout Church history—including at the end of the world.