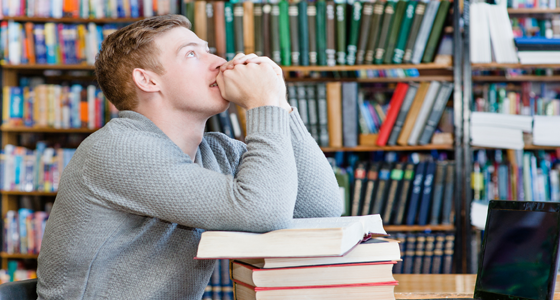 When my father was a Chemistry major at Notre Dame in the mid-1950s, he was required (as were all Notre Dame students) to take the core religion courses. Catholic priests with advanced degrees taught him that the main thing someone had to do to be a faithful Catholic was to take care of the poor (a teaching he took completely to heart, much to his credit). They also taught him that there was no devil and no hell. (God loves everyone too much for that kind of thing.) According to those priests, fidelity to the teaching of the Church in faith or morals (especially sexual morals) was optional, and sometimes even harmful to living life as an authentic disciple of Christ.

Not surprisingly, my father stopped practicing his faith, and he stopped believing in some of the most fundamental doctrines handed down from Christ to the Church through his apostles. As a consequence, my brother and I were not raised Catholic. (Thanks be to God, we found our way into the Catholic Church by God’s providential care—but that’s another story).

My father’s story is not unique or even rare, and it illustrates something that many Catholics have been in denial about for decades. The Catholic education system in the United States is broken. And the problem did not begin, as some assume, with the Second Vatican Council. Notre Dame was the flagship Catholic university in the United States, and yet the most pernicious heresies were being disseminated in the core religion courses there even, in the 1950s, under the pseudo-authority of priests with the highest academic credentials. How was that possible?

I do not know how things are at Notre Dame today. Better, I hope—and I don’t mean to single it out for blame. But Notre Dame is a symbol of what happened to nearly all of Catholic education in the United States beginning in the first half of the twentieth century.

The challenges that parents face in providing their children with an authentic Catholic education can extend all the way from grammar school to university. The most serious problems seem to have begun at the university level and then trickled down to secondary and finally to primary education, so each of these levels merits some consideration.

In 1967, the heads of several prominent Catholic colleges (including Notre Dame, Georgetown and Fordham) came together in Land O’Lakes, Minnesota to hold a conference on the future course of Catholic education. The result of that conference was the “Land O’Lakes Statement,” which rejected Church teaching on the nature and purpose of Catholic education in the name of “institutional autonomy and academic freedom.” Among other things, the statement implicitly rejected the truth of revelation as handed down from Christ and the apostles as well as the teaching authority of the Church in matters of faith and morals. The ripple effects of this document devastated the Catholic higher educational landscape, and some of the universities that were represented at the Land O’Lakes Conference have since renounced their Catholic faith altogether.

From its opening paragraph, the statement reveals a studied ambiguity, viewing every kind of authority as a violent intrusion upon the legitimate freedom that arts and sciences ought to enjoy. But such a view of authority implicitly presupposes that every authority is fallible and, moreover, has no overarching wisdom to offer—wisdom that could illumine and assist the arts and sciences. In fact, there is a profound unity and order in the universe, and divine revelation harmonizes with right reason. Truth does not contradict truth, and authentic Catholic education presupposes that the revelation of Jesus Christ is true—thus “institutional autonomy and academic freedom” have nothing to fear from it.

The rejection of this principle resulted in many Catholic universities becoming incoherent. In one class they taught things consistent with the Catholic faith, while in the next class the contrary would be taught. Another effect was the disintegration of the curriculum. Authentic Catholic education considers sacred theology as the highest wisdom; the other arts and sciences ultimately contribute toward and lead up to it as a culmination of education, giving unity and order to the entire curriculum. But the principles laid out in the Land O’Lakes Statement disconnected other academic disciplines from the highest truths that made them coherent. The Catholic university became a secular cake with Catholic icing.

The crisis in Catholic education became so acute that, in 1990, John Paul II issued the apostolic constitution Ex Corde Ecclesiae mandating that teaching at Catholic colleges and universities be compatible with Catholic teaching. Those who teach on matters of faith and morals were required to take an oath promising fidelity to the teachings of the Catholic Church. (At this time, thirty years later, only a handful of colleges and universities that bear the name “Catholic” have complied with the requirements of Ex Corde Ecclesiae.)

Did you enjoy this excerpt? Would you like to know more? Pre-Order your copy of Always A Catholic today!