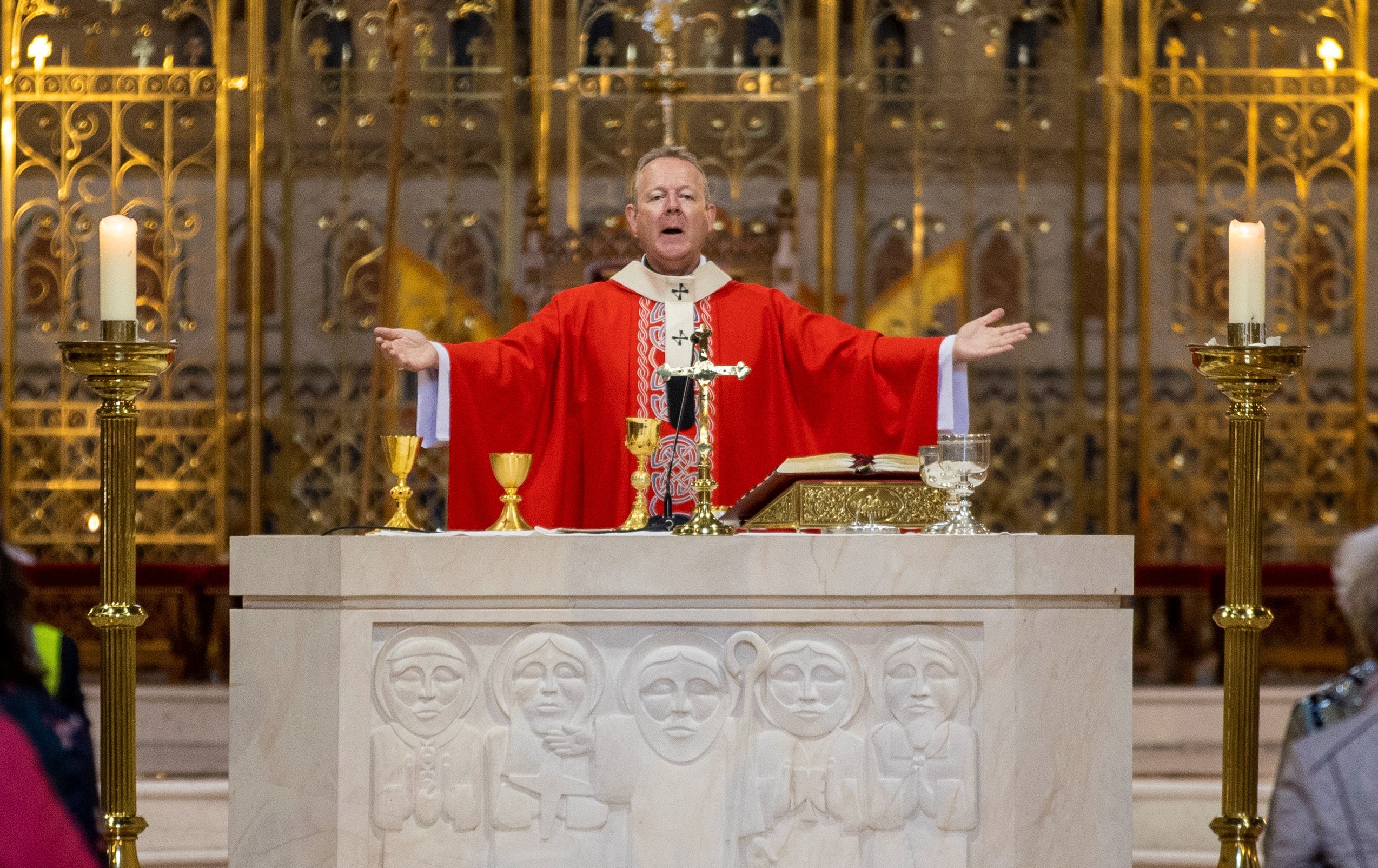 The Government in the south is neglecting the spiritual wellbeing of the Faithful, according to the Primate of All-Ireland and Archbishop of Armagh.

Archbishop Eamon Martin said authorities in the North, where the Faithful have returned to public worship, “recognise that people’s spiritual, mental and emotional health helps them with their physical health as well”.

Asked whether people’s spiritual well-being has been neglected by Government on RTÉ Radio 1‘s News at One today (April 2), Archbishop Martin said “I think it has been”.

“I think throughout the pandemic we’ve been very much aware about the importance of mental and emotional and physical well-being,” he continued.

“But I think also as people of faith we believe we need to nurture our spiritual health… the virus doesn’t just threaten us physically and emotionally and mentally, it also has the potential to shake us spiritually.

“I do feel that people of faith, believers and those for whom attending Mass and worship and the sacraments together is important, they would find a great deep hunger and need for the sacraments.”

He added that opening churches is consistent with Church teaching on the importance of health and the common good, which is “a difficult balancing act”.

“But we would have really hoped to have had some opportunity to gather in cautious small numbers for Holy Week and Easter as we’re doing in Northern Ireland,” Archbishop Martin said.

“We have been having very mature and careful conversations with the government here in the North and with the public health authorities who recognise that people’s spiritual, mental and emotional health helps them with their physical health as well.”

Echoing sentiments from other prelates this week, Archbishop Martin said that a return to public worship at level 2 in the Government’s ‘Living with Covid’ plan – which would mean many other sectors deemed ‘non-essential’ opening before churches – is too restrictive.

The Church is playing its part in promoting the ‘Stay at Home’ message, he said, but “I do feel as soon as level 5 is lifted – that very high level of restriction – that the Churches should be able to gather safely because we’re talking about very large buildings, well-ventilated, we’re talking about places where we have stewarding, sanitising, very careful precautions to ensure public safety”.

Archbishop Martin also addressed fears that although the virus may not spread inside churches due to stringent measures, gatherings before and after could cause infection.

Admitting “there is a danger”, he said that all faith groups have been “very strong in trying to promote the message of safety”.

In order to mitigate these gatherings, he repeated a message sent out by the hierarchy in which they announced the postponement of First Communion and Confirmation as the vaccine rollout continued and “until people feel that little bit more safe gathering together”.

“I think what we’re trying to really advocate here is a very mature and sensible dialogue between the Churches and the Government and of course the public health authorities because if we work together, we can help to keep the whole country safe.”